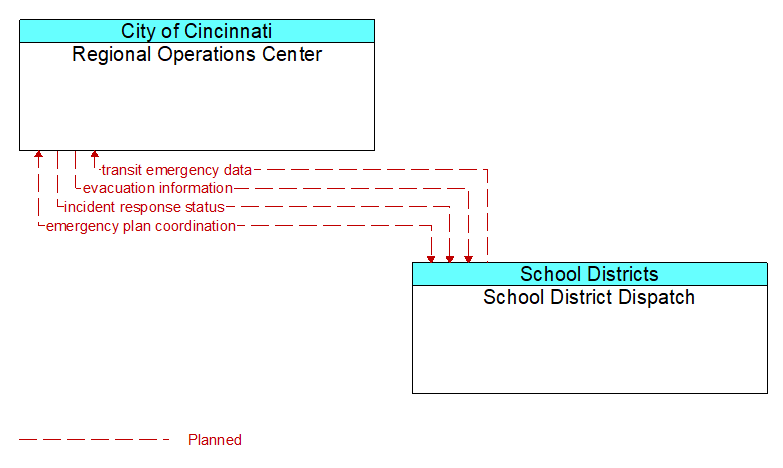 Information that supports coordination of emergency management plans, continuity of operations plans, emergency response and recovery plans, evacuation plans, and other emergency plans between agencies. This includes general plans that are coordinated prior to an incident and shorter duration tactical plans that are prepared during an incident.

Status of the current incident response including a summary of incident status and its impact on the transportation system, traffic management strategies implemented at the site (e.g., closures, diversions, traffic signal control overrides), and current and planned response activities.

Initial notification of transit emergency at a transit stop or on transit vehicles and further coordination as additional details become available and the response is coordinated.